A few years ago I bought fancy electric clippers for shaving my cat’s butt. He’s a Siberian Forest Cat, a cat known for being extremely fluffy. You’ve probably seen photos of them in the Russian snow, looking like pompoms with eyes.

What I didn’t know when I got him was that a fluffy, long-haired cat is a cat who will get poop stuck in the fur near his butt.

We found this out the hard way: cat dragging his butt across the floor; cat walking around with what looks like a slug attached to his leg; cat in my lap, leaving an awful smell smeared on my bathrobe.

The solution to the poop+fur entanglement is a “hygienic shave,” where they create a well-mowed landing zone around, er…. around the source of the trouble. This is done by a vet tech or a cat groomer. Which is expensive.

So I figured, “What the hey, I’ll buy clippers and even if we can only shave the cat’s butt one time, the clippers will pay for themselves.” My husband held the cat in his arms and lifted his tail, and I plugged in the clippers.

I turned the clippers on.

I suddenly had an electric chomping alligator thrashing in my hand.

I brought the clippers toward the cat’s butt. Almost there, almost touching–

I’ve never seen that cat move so fast. He was up and over my husband’s shoulder in a hot kitty minute, his claws leaving shredded fabric in his tracks. He shot up the stairs and disappeared under our bed.

That didn’t work out as expected.

But now we have a pandemic, and self-isolation, and the barber shops are closed. Sooner or later, my husband is going to need a haircut.

And I have electric clippers.

He hates it when I mention using the cat’s butt clippers on his hair. Although it’s not like I haven’t done this before.

Yeah, I was only 12 years old at the time, and the results weren’t great…

My dad let me try cutting his hair with electric clippers. I don’t know why I was so eager to try it, but I know why he let me: because if it worked, it would save him $10 a pop to have his own in-home barber.

It turns out that electric clippers are not quite as easy to use as they look. He didn’t have much hair to begin with, which you’d think would make it easier, but it only better showed the massacre committed on his scalp.

Have you ever driven by a bit of recently logged forest? Some trees are left standing, some of the ground is razed bare, there are clumps and piles of broken logs and branches scattered across the land, and all you feel is the devastation.

As if this weren’t bad enough, Dad was missing part of his dental bridge: a front tooth had fallen out of its metal backing.

And to make even that worse: At school they’d given us some pink tablets that you chew up after brushing your teeth, so you can see how much plaque you missed. 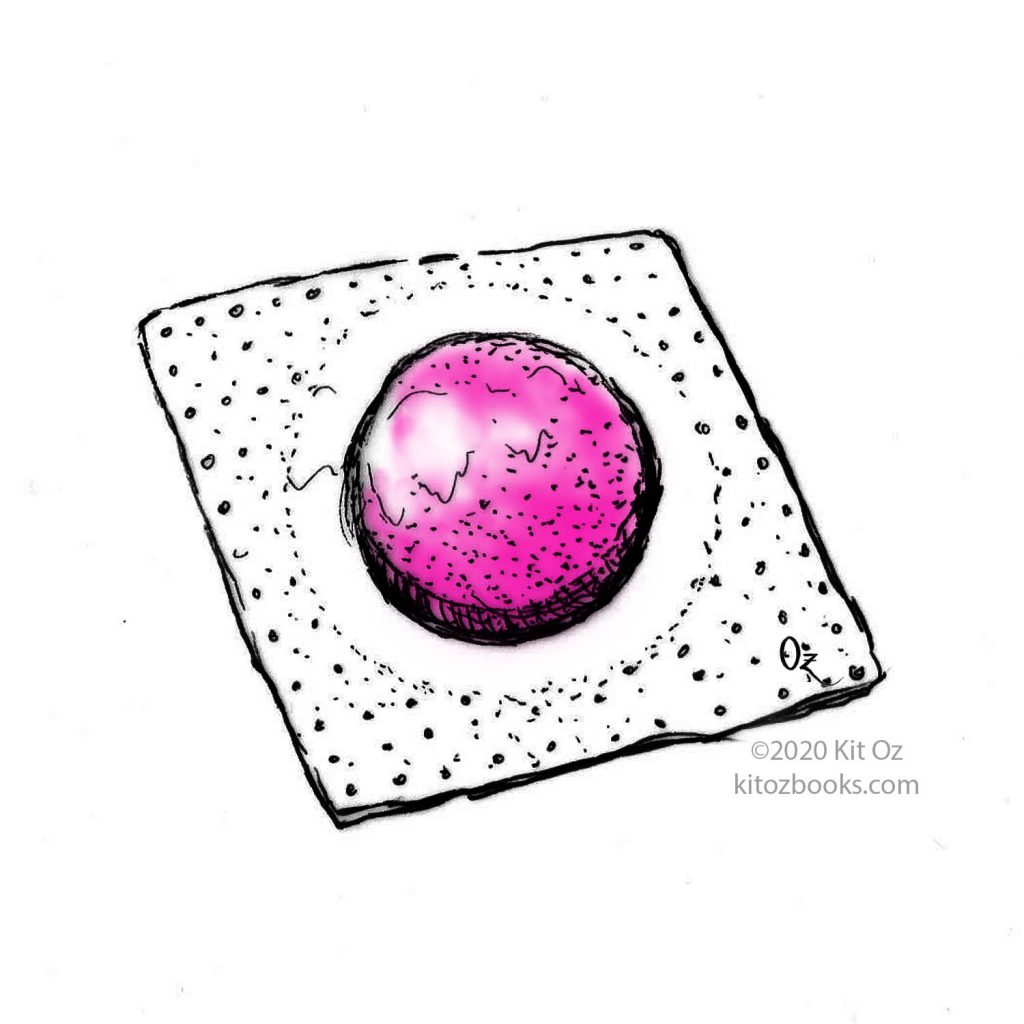 I gave one to Dad. He chewed it up after brushing his teeth the next morning.

Turns out, that pink stuff is really hard to get out of a damaged bridge.

So this is what he looked like by the time he left for work. 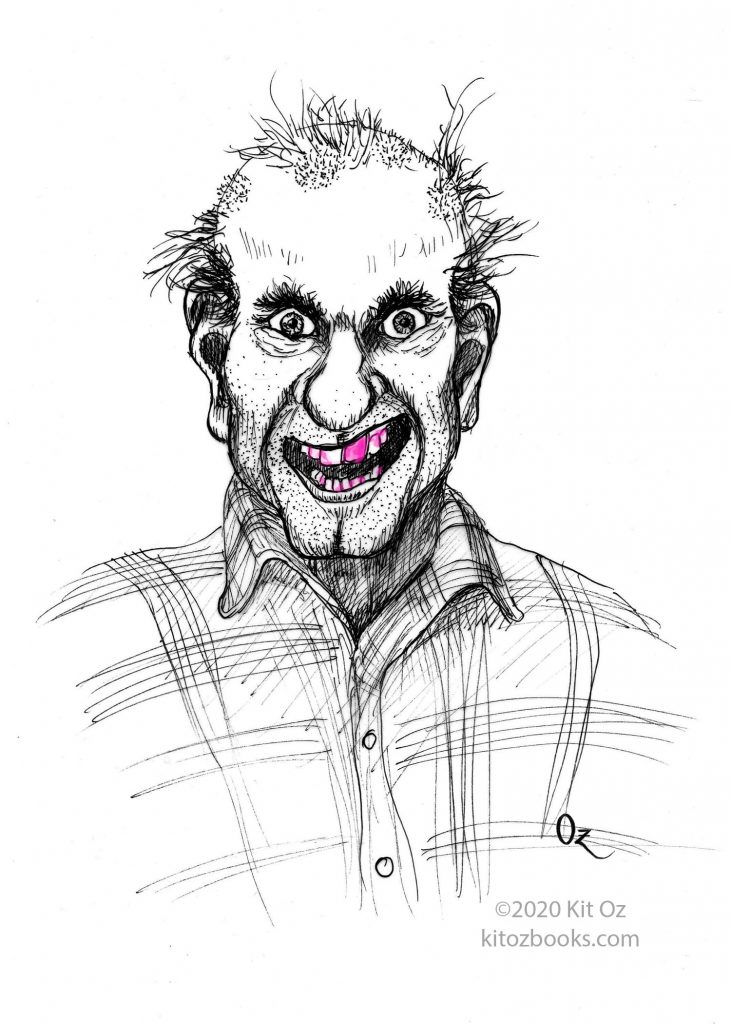 When he got home that evening, he was almost crying with laughter when he told us about his day.

“Oh my god, Jerry. What happened?”

“Were you in an accident?”

“Did you get mugged?”

He was a good sport about it. But he didn’t let me cut his hair again.

I’m older now, of course. My hands should be steadier. Shouldn’t they? And surely a YouTube video or three could give me some pointers on how to cut my husband’s hair.

It’s not like I have any more pink dental tablets.

Those electric clippers still haven’t earned their keep, and they haven’t ever touched the cat’s butt, so they’re clean. Yeah, sure, they’re made for animal grooming, but hair is a kind of fur, right? Surely that’s not a problem.

We’re on lockdown. Compromises must be made. Self-sufficiency is important.

I should plug the clippers in. Turn them on. Get a feel for them.

Lucky for me, my husband won’t fit under the bed.